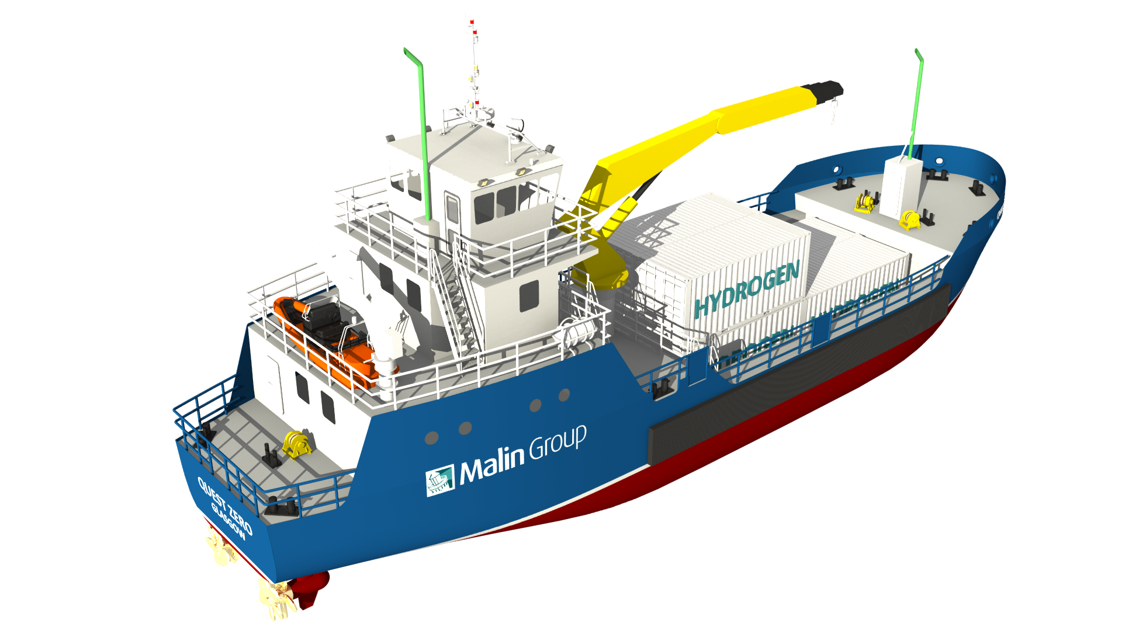 Driving the Hydrogen Economy – looking at 2021 and beyond

Although a topic of frequent discussion over the years, the quest for vessel operations to be energy-efficient officially began in April 2018, with the International Maritime Organisation (IMO) announcing its strategy to reduce greenhouse Gas (GHG) emissions from ships.

Whilst a variety of drivers are pushing forward the need for this energy transition, the most prevalent is climate change; natural disasters such as the catastrophic bushfires in Australia at the start of 2020 burned through 10 million hectares of land after Australia’s hottest and driest year on record.

In 2019, the marine sector was responsible for 90% of world trade; it represents a lifeline industry but also impacts on our quality of life. Indeed, shipping is notorious as a leading contributor to greenhouse gas production and as the IMO has outlined, this must change.

As we look at 2021 and beyond, the shipping industry will be transformed to meet the targets being set with the implementation of reduced emission technologies – adapting and improving vessel designs and ultimately replacing fleets with zero emission ships.

To meet these targets, vessels running on clean alternatives must be operational well before 2030. If IMO legislation continues to tighten as it has recently, we could see current vessels forced to retrofit green propulsion technologies to avoid being outlawed within the next few years.

As we look ahead, I predict the main players through the early stages of the energy transition will be batteries, hydrogen, and synthetic ammonia, made with green hydrogen – all of which are technologies currently being heavily researched and explored across the world.

Batteries, whilst readily available, are currently only suitable for a small range of vessels. Their suitability is restricted owing to their heavy weight and the requirement for charging infrastructure at all, or at least a subset of ports.

Hydrogen can be readily produced, stored, and distributed without as much invasive port infrastructure demand. However, hydrogen takes up a large amount of space, and the associated volume requirements on board currently makes it a viable option only for smaller domestic vessels that travel known routes and return to the same ports regularly to refuel. These volume constraints will be the biggest limiter on the adoption of compressed hydrogen systems, although research into methods of carrying more energy in an equivalent volume, for example using liquid hydrogen and LOHCs (liquid organic hydrogen carriers), is advancing rapidly and these could resolve some of the issues.

Synthetic ammonia, which has almost double the energy of compressed hydrogen by weight and exists in liquid form at only 10 bar, is much easier to handle and store.  Although toxic to humans and 75% more expensive than the hydrogen used to synthesise it, ammonia’s enhanced power density will offer significant advantages over hydrogen for larger ships on longer journeys.

There is a growing movement which heralds hydrogen as the best potential short-term solution; specifically, green hydrogen, produced from the electrolysis of water using renewable power.

To break this down, if you take nine tonnes of fresh water and between 50 and 55 megawatt hours of clean electricity generated through renewables,  and combine this in an electrolyser,  you will obtain a tonne of (green) hydrogen and eight tonnes of oxygen. The hydrogen created can then be compressed and stored for long periods of time, with the only limit being storage space available. This can be distributed via pipes, or on vehicles. Then, when you are ready, you can put it back into a fuel cell along with fresh air and you will get 23 megawatt hours of clean electricity -to do with what you like, in this case to propel a boat.

Today, the end-to-end process has an efficiency of between 35% and 40%, but this is consistently improving as technology advances. Given this, one may ask, what is not to like, particularly if it uses waste electricity? Indeed, why aren’t we doing this with all of our constrained energy? Well, we have started.

Some would argue green hydrogen “is too expensive” and “it can’t compete with diesel”. Such arguments are valid at the moment, with diesel cheap and technology expensive. However, this is a short-term issue, and it is changing quickly.

A comprehensive Australian report published in 2017 vastly underestimated the speed and scale of deployment of electrolysis and related technology developments, stating that the cost of green hydrogen would not be cost competitive with blue hydrogen until 2050. Everything has changed since then with a huge research effort. As, for example, Chinese manufacturers have reported making systems that can create hydrogen with renewable energy for up to 80% less than the Australian report predicted three years ago. The price of an electrolyser today is approximately $800 per kilowatt, and the US Department of Energy predicts that this will drop to $200 by 2040. But in India, entrepreneurs are already promising electrolysers at $550 and India’s forecasting to generate green hydrogen at $1 per kilogram in the next couple of years – blowing all previous projections out of the water.

If we are fast and bold, we may be able to build new technologies and generate world intellectual property which could help us bring back manufacturing and potentially create new products to export. Fuel independence is an enormous prize, removing ourselves from the fossil fuel feeding frenzy, and all the geopolitical implications that come with it. But above all, it is the right thing to do and would-be a huge step forward towards creating a cleaner, more efficient and safer future. Of course, ideally, we wish to be first to develop and potentially exploit the technologies but ultimately this will be a global transition; it must be the same across the world or we cannot trade.

The renewable prospects are fantastic, but we are stuck in a brutal supply and demand trap. There will be no convincing business case to justify making hydrogen available at this scale until there is sufficient demand for it.  And similarly, few are prepared to invest in a hydrogen-fuelled machine when there is no guarantee of hydrogen supply, let alone a price promise.

The energy transition is not likely to happen without the alignment of three crucial factors, namely:  joined up industry collaboration, incentivisation and guarantees to help protect the bold investments and a clear statement of direction from the legislators and regulators.  The first goal is therefore to raise awareness, doing all we can, collectively to lobby, discuss, debate, and demonstrate the need to tackle this issue, in as many forums as we can – we need to add pressure to the decision makers until the issue can no longer be ignored.

The next step is innovation – but not just through meetings and drawing things on screens; instead we need to move our myriad of ideas to expertly engineered proposals, which are then utilised to deliver demonstrator projects of all shapes and sizes. Some will work, some will not, but this didactic approach will add momentum to the movement, helping to produce more effective technologies, combined with a demand that will stimulate electrolyser installation.  In turn, this will create some resilience in the hydrogen supply and hopefully market forces will take it from there.

The challenge presented to us is of an unprecedented scale, but also one that offers unrivalled opportunities to influence change and have an impact. It is increasingly being addressed across the world – and we must continue to play our part, as we together embark on this green revolution of recovery.